I’m new to the Eberron bandwagon; I'd paid no attention to the setting before D&D 5E. I did, however, get caught up in the fervor and joy of its adherents during the lead up to Rising from the Last War. As is my wont, I voraciously hoovered up any and all books on the setting, scouring ebay for the D&D 3.5 and D&D 4 setting books and player guides.  As much as I read and absorbed and enjoyed, I felt trepidation towards running games in the setting. There was some fundamental spirit, ethos, or attitude I was failing to grasp.  Thankfully, as the setting predates Hasbro’s axe of D&D novelization, there is plenty of fiction to convey what I was missing.

I just finished reading (listening, as it were; I’m a recent audiobook convert) a pair of Eberron trilogies.  I decided to start at the beginning, picking up "The Dreaming Dark” by the setting’s creator, Keith Baker.  After that, I decided to try "The Draconic Prophecies” series, by James Wyatt. I wanted to stick to novels by the core designers of the setting (James Wyatt was game designer on the initial setting book and many other Eberron titles).  Through these six novels, I learned so very much about the setting, its themes, and the way it approaches fantasy tropes sideways.  Beyond that illumination, I enjoyed the novels immensely.  To be honest, it’s been many years since I’d picked up a D&D novel of any sort.  I used to eat ‘em like candy in my formative days, but turned literary snob later on.

So what did I find therein?  I’ll tell you, without spoiling anything, I hope. The City of Towers starts off “The Dreaming Dark” trilogy in Sharn (if it wasn’t obvious from its title), and we learn a great deal about the guts of the city, the layout of its towers, its modes of transportation, and the vast differences in living conditions between the various wards and levels.  I felt lightbulbs going off in my head constantly as Keith Baker made his vision of the city clear in prose form. We’re also immediately thrust into the brutal politics of the dragonmarked houses. 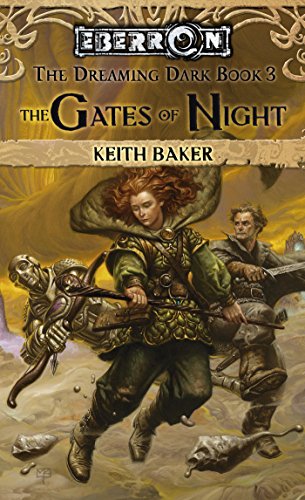 From there we start to fan out, touching on topics related to the Reidrans and Quori, aberrant dragonmarks, Xendrik, its giants, and elven culture.  We delve deep into what it means to be an artificer, and learn a lot about the manner in which magic is infused into everyday items.  Most importantly, we delve deep into the warforged, their relationship to the war, their bodies, and their psyche.  The story is fast paced and exciting, and despite some minor annoyances with character interactions, I loved every minute of the series.  Keith Baker even takes us to Cyre and comes tantalizingly close to hinting at the source of the Mourning.

“The Draconic Prophecies,” however, is an epic of even more massive scope. As advertised, we’re taken deep, deep into the prophecies written upon the face of Eberron and its citizens. These books do a lot more traveling across Khorvaire, taking us to remote locales and into cities far beyond Sharn.  The action often unfurls in incredible displays of power, cataclysmic events, and truly alien occurrences.  I finally start to understand the difference between the fiendish lords trapped in the depths of Khyber and the daelkyr with their aberrations from Xoriat. 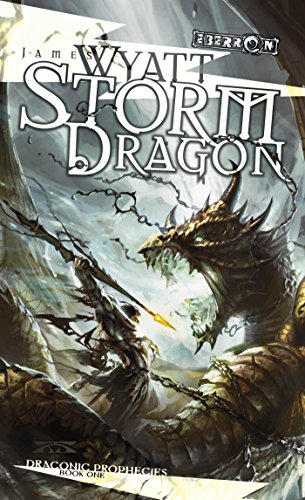 I enjoyed the characters and characterizations far more in ”The Draconic Prophecies.” We get a look at new cultures and peoples.  We see the orcs and their druids, shifters and their tribes, the goblin nation, and get tantalizing glimpses of the dragons of Argonnessen and their numerous machinations in the name of the prophecy.  There are extremely detailed and satisfying investigations into the lives of changelings and the warforged, and we get to see the politics and plotting of the dragonmarked houses writ large.  As this second trilogy was written in the D&D 4E era, we get to see some manifestations of that new system in action, as unique powers and class concepts start to weave into the story.  Lastly, we get an entertaining glimpse into the appearance of the dragonborn in a world where they did not previously exist. 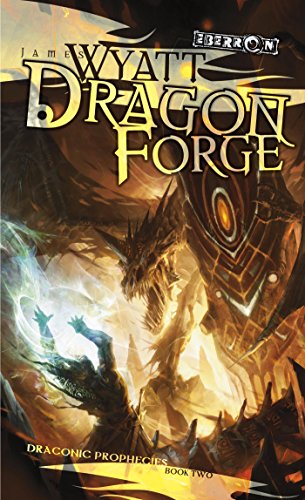 For all of the excellent storytelling we receive, none of it is “canon.”  The stories don’t overlap between the trilogies; there’s no concept of continuity.  When Rising From the Last War appeared, the starting date was the same as ever: 998 YK.  I find this concept strangely compelling.  Eberron sidesteps the “Dragonlance Problem,” leaving the world and its future up you and your players.  I most certainly plan to use some of these characters as NPCs in my campaign, as they’re too captivating to ignore.  Even in the absence of an ongoing canon, these novels made me feel confident that I could lead characters out in to the breathtaking setting that is Eberron.